Rising up to the mountain has a separate set of emotions associated with it. For the alpines are the best friend of a trekker. Mountains offer irreversible happiness that is everlasting. Be it a lush green or arid surface mountain, the surrounding biodiversity always releases an unadulterated aura. This organic ecosystem with cold winds blowing against your ears makes your mountain journey splendid. These are some of the mountains that you should include in your checklist. As they offer dramatic trails along with the best enticing locations.

Tips For Taking a Trip to Egypt 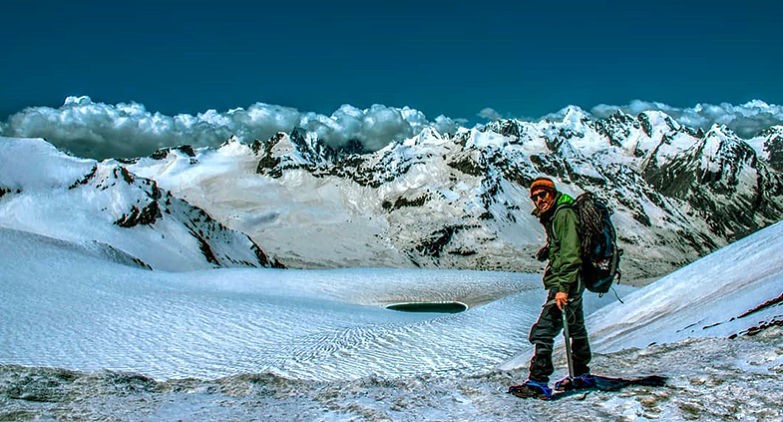 The sharp ascent and descent of the Zanskar range are visible to you from a long-distance as you trail along your way to Lamayuru. The trail begins from Padum in Ladakh. It takes 10 days to complete this trail to accomplish an altitude of 16,433 ft. above sea level. As you get closer to the summit you come across three prominent passes such as Hanuma La, Singhe La, and Sar Sar La, these are not as difficult to cross as it sounds. Mystical monasteries are no less in this trek, Key Monastery and Phuktal Monastery must be visited to relish the ancient Buddhist culture that is isolated from the millennial tincture. The Winter season should be ideally avoided for undertaking this trek and favorably ought to be visited from mid-June to September.

Sankri marks the beginning of the Kedarkantha trek. The thick mounds of snow could be witnessed from here itself. A height of 12,500 ft. above sea level is achieved after perching on two more campsites, Juda ka Talab and Kedarkantha base camp. Juda ka Talab campsite is mesmerized by the lake that is believed to have originated from the falling droplets of Shiva’s hair. At the Kedarkantha base camp, you already start to feel like you have reached the peak. The trail is best experienced during the months of December to February because of its snow-stacked pavements. While passing through extensions of forests and clearings, you find you are ducking your legs in a thick blanket of snow. You cannot resist capturing the picturesque coniferous trees with smearing snow over them.

The route comes with an added advantage to explore Hemkund Sahib as well. The 6 days trek replenishes you to the fullest. While the Valley of Flowers is at an altitude of 12,001 ft., Hemkund Sahib is at 14,400 ft. After a long trail of 2 days, you reach the valley covered with endemic flowers and plants that releases a strong odor that appeals to you to stay a little longer and relish the space. The UNESCO World Heritage site appears to be a gentle slope. From mid-July to mid-August the beauty of the valley is at its threshold. The colors blossom with the flowers blooming. This moderate trek is settled over the area of Uttarakhand.

It should be called a missed opportunity if you have not visited this trek yet, that would have been the first on your list. Although it is challenging, a strong physique can adapt to the rough terrain. This is one of those treks in the world that offers an experience identical to any difficult gradient treks with beginner-friendly phenomena. This is one of the monsoon treks located in Himachal Pradesh. The fertile meadows and the undulating valleys of Lahaul and Spiti attract tourists every year. The peak rises up to an elevation of 14,010 ft. above sea level. Gushing waters from Rani Nallah delights you the most while crossing it. The thrill you experience along the challenging crossover is what builds the foundation of your Hampta memory.

Throughout the trail you find yourself being watched by 7 distinctive crystallized blue lakes. These lakes are formulated by the thin streams from the alpines that accumulate at a lower elevation. In 7 days, this trek is completed after conquering the highest elevation of 13,800 ft. above sea level. However, this moderately difficult trek fulfills the desire for alpine rivers and their quench. The months from July to September are considered to be the best for this trek. The mountains and the lakes together create a comprehensive landscape that serves the uniqueness of this trek.

Tips For Taking a Trip to Egypt

How to choose tyres for a car?

Know about the Tax Benefits on Home Loan

What is HRMS, and How HRMS beneficial?

Microsoft AZ 900 Exam: What is it and how to crack it?

Tips to keep your iPhone good as new!

DIY outdoor furniture projects to spruce up your outdoor space

What is HRMS, and How HRMS beneficial?

8 Tips for the Small Businesses to Design a Professional Workspace

No Result
View All Result